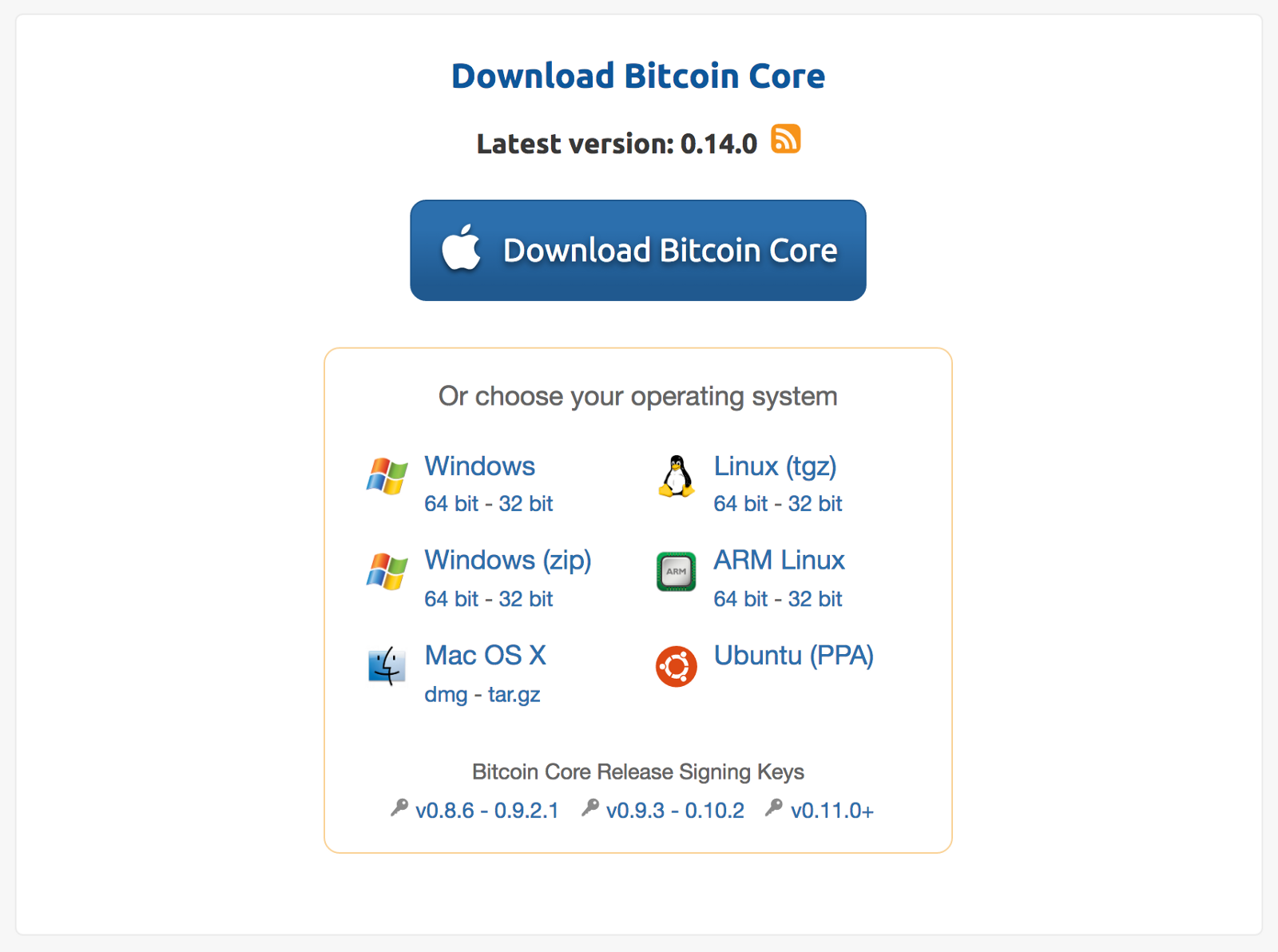 This is a new major version release, including new features, various bugfixes and performance improvements, as well as updated translations.

Validation speed and network propagation performance have been greatly improved, leading to much shorter sync and initial block download times.

Manual block pruning can now be enabled by setting -prune=1. Once that is set, the RPC command pruneblockchain can be used to prune the blockchain up to the specified height or timestamp.

getinfo has been deprecated

The getinfo RPC command has been deprecated. Each field in the RPC call has been moved to another command’s output with that command also giving additional information that getinfo did not provide. The following table shows where each field has been moved to: 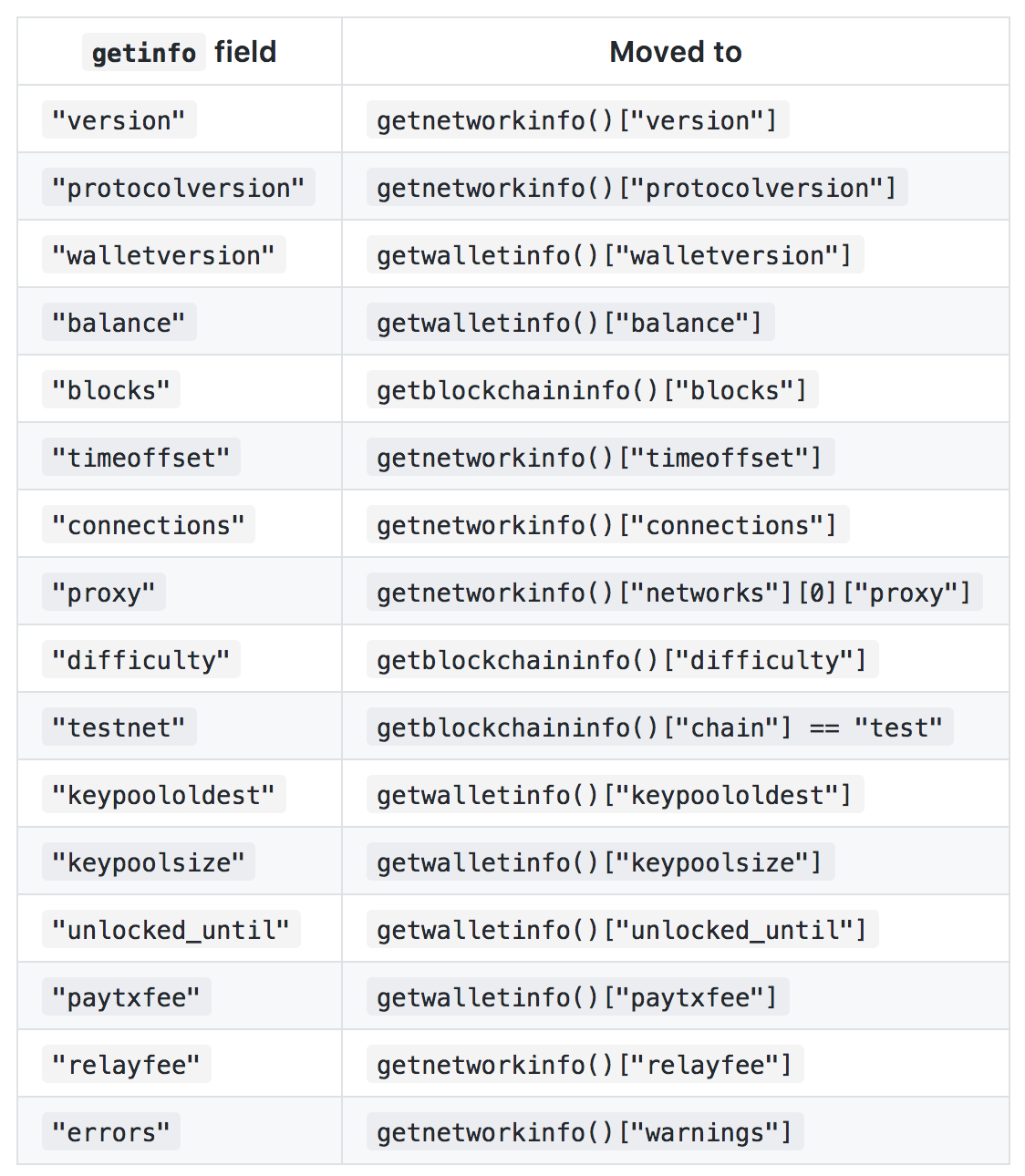 Previously the ZeroMQ notification system was unavailable on Windows due to various issues with ZMQ. These have been fixed upstream and now ZMQ can be used on Windows. Please see this document for help with using ZMQ in general.

The ability to nest RPC commands has been added to the debug console. This allows users to have the output of a command become the input to another command without running the commands separately.

The nested RPC commands use bracket syntax (i.e. getwalletinfo()) and can be nested (i.e. getblock(getblockhash(1))). Simple queries can be done with square brackets where object values are accessed with either an array index or a non-quoted string. Both commas and spaces can be used to separate parameters in both the bracket syntax and normal RPC command syntax.

Additionally the setnetworkactive RPC command has been added which does the same thing as the GUI icon. The command takes one boolean parameter, true enables networking and false disables it.

When Bitcoin Core is out-of-sync on startup, a semi-transparent information layer will be shown over top of the normal display. This layer contains details about the current sync progress and estimates the amount of time remaining to finish syncing. This layer can also be hidden and subsequently unhidden by clicking on the progress bar at the bottom of the window.

Commands sent over the JSON-RPC interface and through the bitcoin-cli binary can now use named arguments. This follows the JSON-RPC specification for passing parameters by-name with an object.

bitcoin-cli has been updated to support this by parsing name=value arguments when the -named option is given.

The order of arguments doesn’t matter in this case. Named arguments are also useful to leave out arguments that should stay at their default value. The rarely-used arguments comment and comment_to to sendtoaddress, for example, can be left out. However, this is not yet implemented for many RPC calls, this is expected to land in a later release.

Opt into RBF When Sending

Sensitive Data Is No Longer Stored In Debug Console History

Retaining the Mempool Across Restarts

The mempool will be saved to the data directory prior to shutdown to a mempool.dat file. This file preserves the mempool so that when the node restarts the mempool can be filled with transactions without waiting for new transactions to be created. This will also preserve any changes made to a transaction through commands such as prioritisetransaction so that those changes will not be lost.

Since the changes in 0.12 to automatically limit the size of the mempool and improve the performance of block creation in mining code it has not been important for relay nodes or miners to set -minrelaytxfee. With this release the following concepts that were tied to this option have been separated out:

The -minrelaytxfee option continues to exist but is recommended to be left unset.

Detailed release notes follow. This overview includes changes that affect behavior, not code moves, minor refactors and string updates. For convenience in locating the code changes and accompanying discussion, both the pull request and git merge commit are mentioned.

Posted to the Bitcoin.org Site Blog on 08 March 2017 by Will Binns